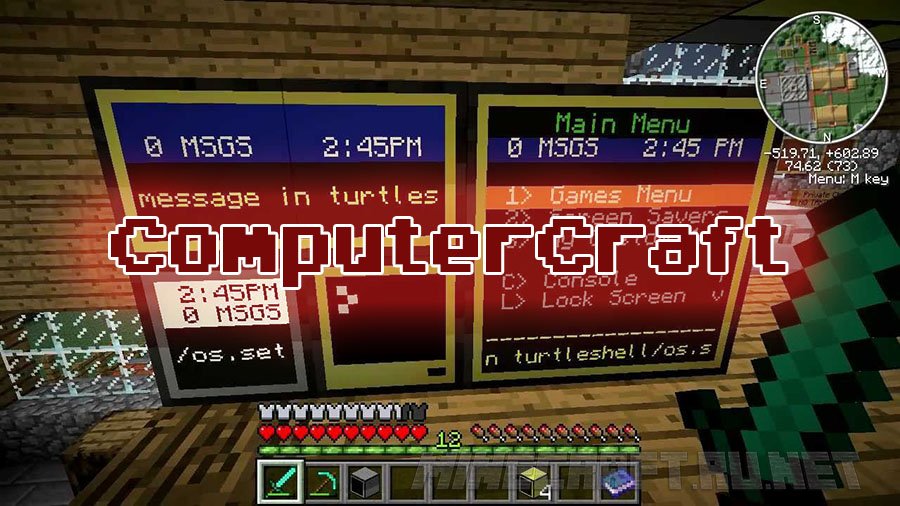 ComputerCraft is a mod (with multiplayer support) which adds in game computers. Each computer has its own operating system, file system, several work programs (text editor understands the Lua programming language and the interpreter), a few games.

Computers can interact with Redstone wire from RedPower2 mod, meaning they can be used to fully automate and control your worlds. The capabilities of computers can be further expanded after adding the drives, which you can use to transfer files between computers and play music, Modems adding wireless networking between machines. Monitors to bring the information and printers.

How to install ComputerCraft