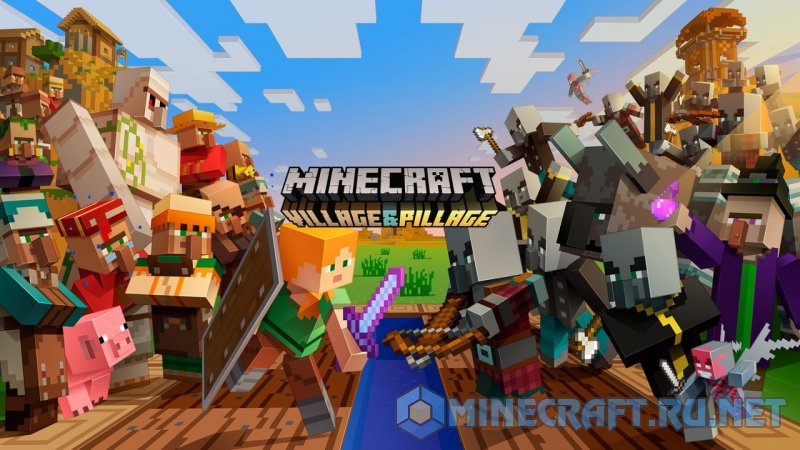 Minecraft 1.14 (Village and Pillage) — big update for the Java Edition, which was published on 23 April 2019. The update primarily changes the mechanics of villages and residents. In addition, the gameplay has added a few new blocks and mobs, upgraded crafting system, which is why some recipes are transferred to various units, updated taiga biome in which you are living now foxes with their cubs, new berries and new bamboo jungle with pandas. Minecraft 1.14.4 is the final stable update version 1.14, after which ahead the only version 1.15. The full list of changes can be found on gamepedia