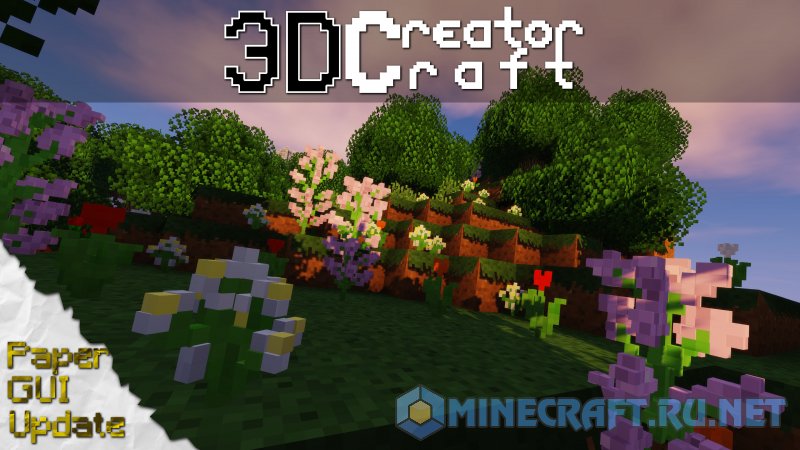 Creator Craft 3D - this is the standard vanilla texture resolution of 16x16, but redone in a 3D style. Most of the textures of the blocks have a 3D rendering that makes them more naturalistic . For example, the boulder: its texture has a structure which allows to add more polygons. While the earth does not have one. Thus, the cobble has a modified three-dimensional model with detailed parts, while dirt has a flat three-dimensional model.

How to install Creator Craft 3D