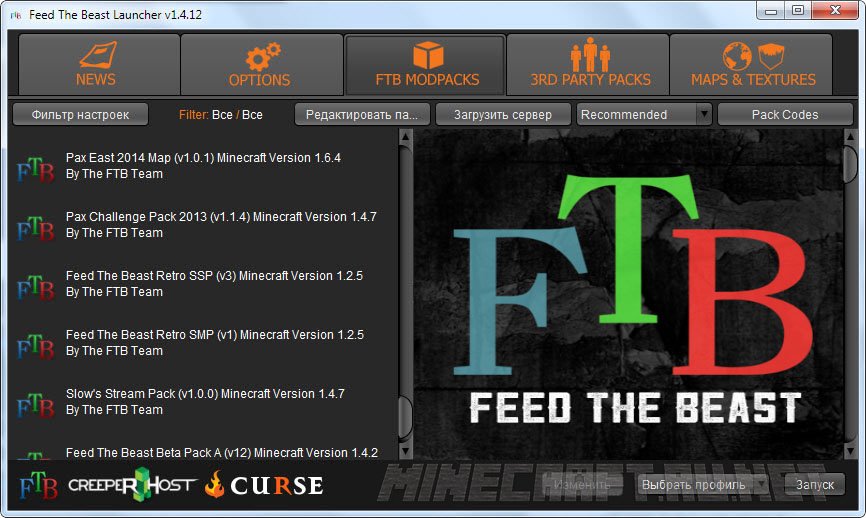 Feed The Beast (FTB) Launcher was first launched in November 2012. The first release of the launcher was presented at the stream, which was watched by more than 9000 people. Since then, the launcher has undergone many changes, gave way to the developers.

the Launcher is not abandoned and it is still being updated and supports the latest versions of Minecraft. The point of this laucnher that there are a large number of mods, resurfaces and maps. You can download and install any of them with one click and play.