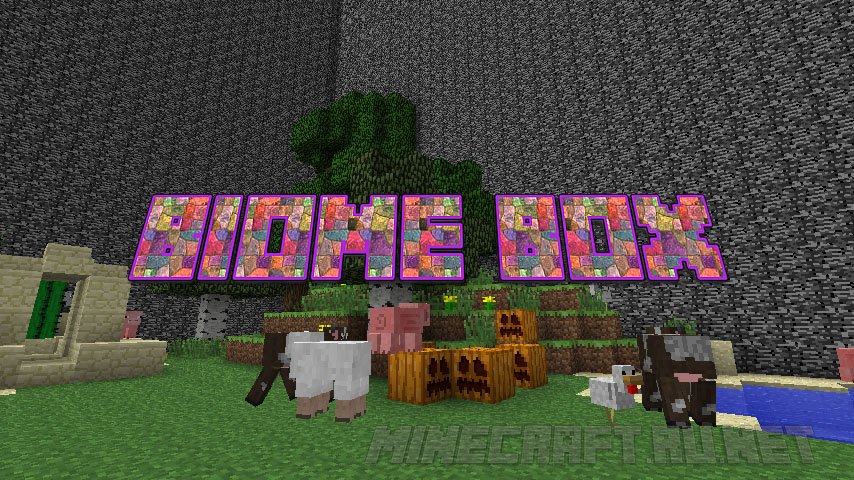 For many novice players the main problem of the game Minecraft is a big world, it is so huge that it is impossible all to learn, even after many months of play. The developer of the Biome Box map easier your task and created a card that is enclosed in a box made of bedrock. It is very reminiscent of the game on the cards Captive Minecraft, where you are enclosed in a box, only with invisible borders.

On this card you have everything you need to stay and can not be afraid to go too far and get lost or die. But there is a small feature, every few minutes the player inflicts fatigue, which does not break the blocks, due to the fact that somewhere near the water is the guard who need to kill, otherwise the effect will be superimposed indefinitely

the features of version 3.0.0 Biome Box:

How to install Biome Box

Other versions of Biome Box