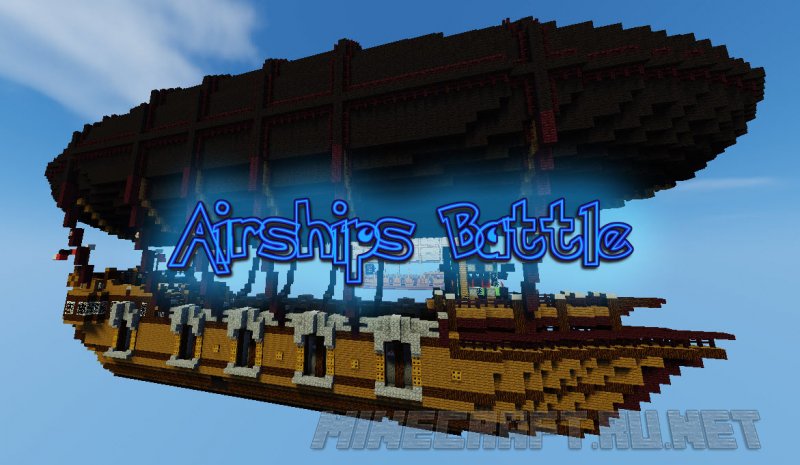 Card from well-known utuber Tomb of RA. According to the author to develop this map, he spent more than a year. Much was improved and changed and now you can see it in the form it is. This map is for Minecraft 1.9.4

the Essence of the card is as follows:
the Players are divided into two teams choosing between Empire airship and airship pirates. Airships, guns and loot on them is identical - the only difference is only in the design of ships and color. The optimal number of players is 5 people. You can play in three modes, whose primary purpose is to kill players or the destruction of the beacon or both

How to install Airships Battle