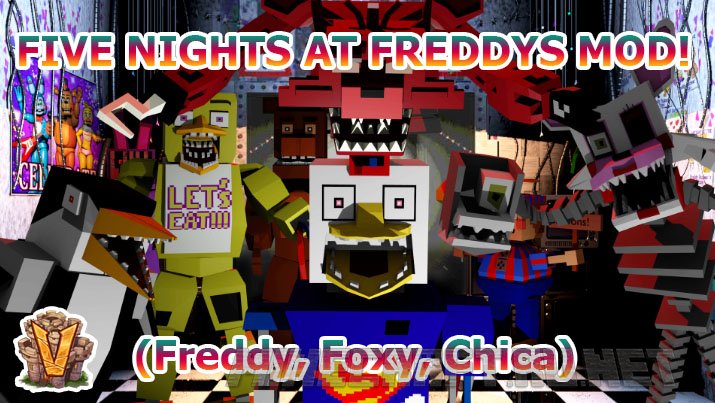 Mod Five Nights at Freddy's from the developer VoidsWrath adds to the game's 9 characters from the game Five nights with Freddy! The mod has some custom AI that allows characters from FNAF to be perfectly still until you look at them.

However, as soon as you turn your back they will start to move! They will chase you more than 50 units and will only move when you're not looking at them. If you are behind a wall and look at them, they will continue to move towards you, since you cannot directly see them. Don't let them sneak up on you otherwise you will die a painful death and knowing it fully!

How to install VoidsWrath Five Nights at Freddy's Mod