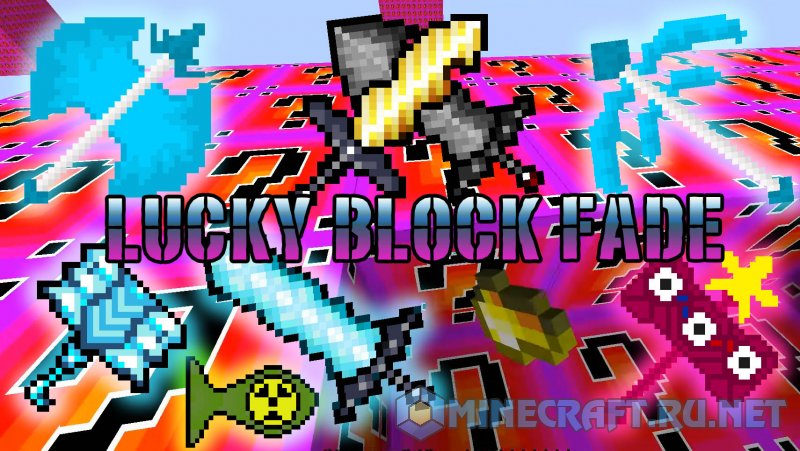 The new version of the addon on the lucky blocks from the Lucky Block Creator of VideoGames. Originally, the addon was called as a Random Lucky Blocks, but later was named Lucky Block Fade. More than 80 kinds of drops and loot. You expect tons of super weapons and armor, crazy enchante and even nuclear bombs. For this addon you need to install the Addons LOOT and Potion++ Core.

How to install Lucky Block Fade

Other versions of Lucky Block Fade