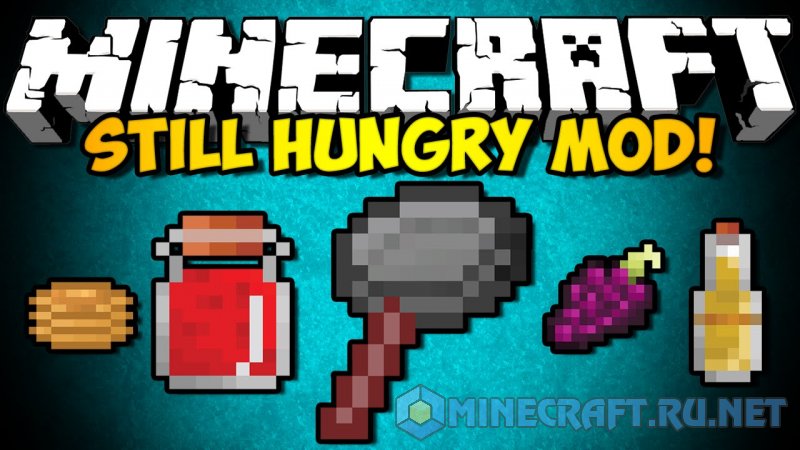 Still Hungry opens up a world of culinary adventures in your single or multiplayer world of Minecraft! Unlike many mods with food, we focusareas on adding new game mechanics, based on the cooking, instead of filling your crafting table with additional recipes.

That adds the mod? More than 60 new items each update adds new. Three new crops to be used in your recipes: strawberries, rice and grapes. New oven, which adds a new system of cooking. Block Barrel, which allows you to brew wine and cider

How to install Still Hungry